The Ciudadanos party has held its National Convention at a time when the party is not going through its best moment. However, its president, Inés Arrimadas, was very optimistic, because she considers Ciudadanos to be the only liberal party in Spain. She also added that her party has a fundamental role in the country’s political spectrum and therefore, “we must continue to fight“, she said.

In her visit to Federico Quevedo‘s program, El Balance, Arrimadas explained that the National Convention served to reaffirm “our conviction for the project“. As she explained, “Spain is a better country with a party like ours, against nationalism and radicalism“.

For Inés Arrimadas, being a liberal “is not defined in Spain, we are part of the liberals in the European Parliament“. The leader of Ciudadanos explained the three main groups: conservatives where the Popular Party is, social-democrats where the Socialist Party is and Ciudadanos, in the liberals.

On this, she pointed out that “we do not say that we are better than anyone else, but we occupy a space that represents many people and without us they would not have representation“. Arrimadas criticized that “many use the word liberal but then they are not”. About this, she mentioned the Popular Party, which “has appealed against homosexual marriage and the law on euthanasia“. The leader of Ciudadanos said that “they were very keen to make this distinction“.

The most important reflection for Inés Arrimadas is to be able to make agreements that will set the necessary reforms. She adds that “we have no backpacks from the past; we do not have those burdens that prevent us from carrying out reforms in Spain“.

Among the reforms that Arrimadas considers necessary are: the reform of the education system, as well as judicial reform to ensure its independence.

The leader of Ciudadanos criticizes the fact that right now there is a government that is not focused on the above reforms but on “saving the political career of Pedro Sánchez“.

Arrimadas added that the main conclusion of the convention is that Ciudadanos “is important for Spanish politics“.

The leader of Ciudadanos does not see it feasible for her party to be absorbed by the Popular Party “there are many people who are not going to vote for the Partido Popular and they need this liberal space that Ciudadanos represents“. 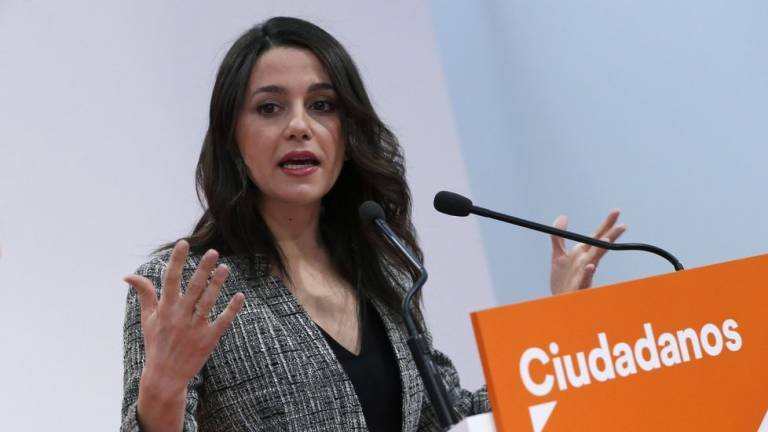