Tourism in Spain – A look ahead

Spain’s economic recovery after the pandemic crisis depends on the recovery of tourism. The total recovery, despite a significant upturn in the third quarter of 2021, is still far from the levels of 2019. The latest figures for tourism GDP in 2021 reflect 56.1% compared to 2019 values. That is, 87 billion against 190 billion euros – figures similar to 2003. Foreign demand has also been limited by 50% less in terms of overnight stays and income. The foreign tourist with the greatest impact was Russian (-93.4%), followed by Japanese (-91%) and British (-73.5%).

Large cities have been the most affected, led by Barcelona (-62%) and Madrid (-56%). Travel agencies, accommodation and air transport have been particularly hard hit. The sector has lost 169,000 jobs since the start of the pandemic and is still recovering at a rate of -13.9%. However, the ERTEs (temporary lay-offs), promoted by the former conservative president, Mariano Rajoy, still play a key role in maintaining employment in the sector. By the end of 2021, tourism will account for 48% of the workers in the ERTE modality.

Spaniards, protagonists of the tourism recovery

Spaniards themselves have been the main drivers of the sector’s recovery after the worst months of the pandemic. In 2021, this stimulus has even exceeded 2019 levels by 3.9%. However, the geographical balance is very uneven. Spaniards opt for the northern areas (Cantabria, Asturias and Galicia) and part of the Mediterranean coast. The big cities receive more international tourism.

The government, aware of the disparity in the economic impact in some extra-peninsular regions such as the Canary Islands and the Balearic Islands, decided to allocate 2,000 million euros (for direct aid to the self-employed and companies in the hotel and catering industry) due to their “evident differential impact on the pandemic” in these two regions. In the case of the Balearic Islands, GDP reached -27% at its most critical point. A further 5 billion was allocated to other regions to support tourism, prior to the debate on European funds and the Recovery Plan that was subsequently implemented.

Tourism after the pandemic

Despite the upward trend in the sector after the sixth wave of the pandemic caused by the Omicron variant, Spanish tourism still has structural weaknesses that are holding back its take-off. The Spanish high season, the summer (June-August), continues to be uneven and asymmetrical depending on the Spanish regions, with a predominance of those offering a sun and beach offer.

Undoubtedly, vaccination has had an important positive effect. However, uncertainty due to the high incidence of hospitalization, the lack of a common policy promoted by the central government, disparate and asymmetrical restrictions and the high operating costs of tourism companies continue to undermine the recovery of the sector.

During FITUR fair last January, the sector’s employers’ association, arguing that tourism accounted for more than 12% of Spain’s GDP before the pandemic, asked the ministry to set up a large PERTE (strategic project for economic recovery and transformation) worth 17 billion euros, as the government has already done with other sectors, such as electric vehicles and green hydrogen.

However, the government closed the door to this possibility, citing the 3.4 billion (only 5% of the total 70 billion in European funds earmarked for Spain) earmarked for the tourism chapter of the Recovery Plan that Spain expects to receive in order to improve its tourism product.

Environmental and social sustainability in tourism

Spanish regions that are regulating tourism

Despite the clamor of the main agents in the sector for the promotion of pro-reactivation initiatives, there are different positions in some parts of Spain. Although they pursue tourism recovery, they condition the take-off on the basis of criteria related to the environment, tourist overcrowding or social and employment aspects. For example, the Balearic Islands, one of the regions most impacted by the pandemic, has recently developed a new reform of the tourism law. The aim of this reform is to pursue a particular change of model in contrast to the current positioning of mass sun and beach tourism in order to direct it towards a scheme of higher tourist quality.

The Balearic government’s aim is to reduce the number of hotel beds, encourage higher spending per tourist and implement measures against overcrowding. At the same time, it has drawn some regulations on energy efficiency in hotel construction and support for workers in the hospitality sector. It also has reached an agreement with the sector, limiting the arrival of cruise ships in Palma (no more than four a day). Also of concern in the sector are new regional laws such as the one in Catalonia against the emission of polluting substances for large ships.

The limitation, the anti-pollution taxes and the environmentalist and anti-cruise platforms are added adversities to the already difficult recovery in this specific chapter of tourism in Spain. Nor is the uncertainty of new restrictions in the event of a new pandemic wave or the application of new reforms promoted by the central government related to the European Green Deal and the Fit 55 target (reducing greenhouse gases by 55% before 2030) on which depend part of the European funds that Spain expects to receive. In addition, other general factors have had an impact, such as the generalized rise in prices due to inflation of around 6%. 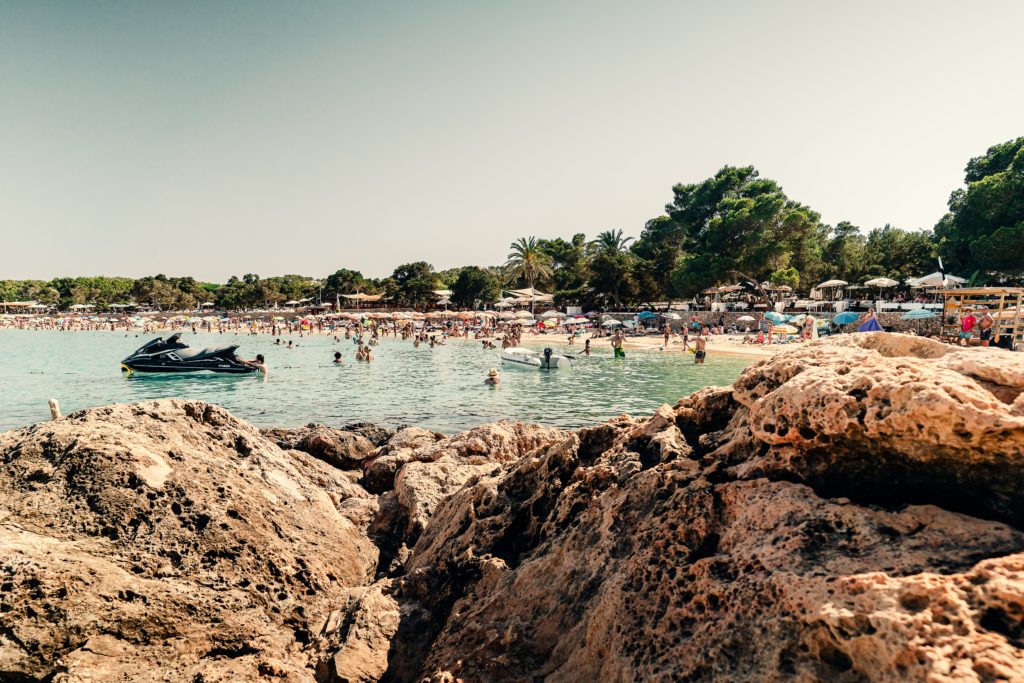