Interview with Elías Bendodo, councillor of the Presidency of Andalucía

The week ends with Federico Quevedo‘s interview with Elías Bendodo, councillor of the Presidency, Public Administration and Interior of the Andalucía’s Government; on Capital Radio. This Sunday, 28 February, the Day of Andalucía, will be celebrated in a different way, with a special remembrance for the people who died of COVID-19.

This year, to celebrate the day, the Community of Andalucía is awarding different medals to organisations, such as the Spanish Association Against Cancer and cultural figures. “The Andalusians will all contribute and help to create a better Andalucía”, according to the regional councillor.

This year has been complicated for Andalucía as tourism and the agri-food sector are its two main engines. “Now we are flying with only one engine” Bendodo explains. However, according to the councillor, Andalucía hopes to regain tourist confidence with the “massive vaccination program scheduled for April and May”.

Bendodo explains that “14,000 health professionals have been trained to administer the vaccines and spaces have been set up for the mass vaccination campaign”, however he claims that “we need vaccines”.

Andalucía is one of the communities that has launched a plan dedicated to SMEs and the self-employed with 667 million euros in direct aid, loans and guarantees. In addition, the councillor said on Capital Radio that they are “working on a second plan with more impact on tourism”.

Regarding the European funds, the councillor explained that the criteria approved by the European Union for the distribution of funds “must also be respected in Spain with the Autonomous Communities”. “We are going to be very attentive because the government wants to allocate these funds by hand, and that would seem to us to be an injustice”, according to Bendodo. Andalucía would be one of the communities that would receive the most funds according to the distribution criteria.

The last budget of Andalucía was approved in December 2020 with the support of PP, Ciudadanos and Vox. However, Vox is now demanding some issues negotiated in that pact. On this, Bendodo explains that “any government that requires parliamentary agreements to have a majority requires daily negotiation”. 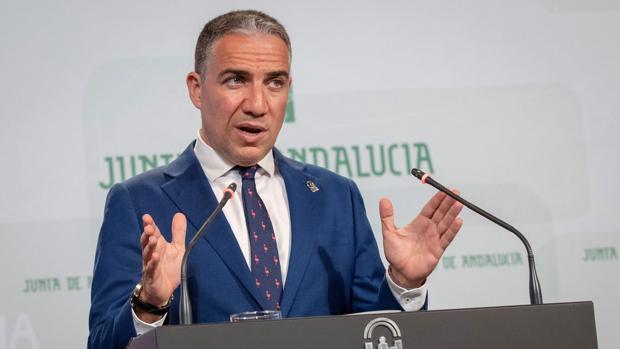