On El Balance, César Zafra is confident that the polls that say Ciudadanos will be left out of the Madrid Assembly are wrong. Zafra is the number 3 on Edmundo Bal’s list, he has been with Federico Quevedo to talk about the intense days that remain until 4 May.

The spokesman stated that “I like to be guided by what I see in the people and I believe that on 4 May we are going to come out on top”. The latest polls are not positive for the orange party. They would not enter as a parliamentary group in the Madrid Assembly.

Madrid needs a party like Ciudadanos that is “calm, prudent and liberal”, according to Zafra. He has insisted that they will not participate in a left-wing coalition. Zafra also believes that Ángel Gabilondo, the socialist candidate, will copy the coalition that Pedro Sánchez has with Unidas Podemos at the national level.

The spokesman added that the Madrid government with Díaz Ayuso worked and they would have no problem in repeating it, but with conditions. Although Zafra does not reject a new pact with the PP candidate, he criticises her for holding only one electoral debate. “Ayuso uses the slogan of freedom but it is not real. It’s shabby that the president doesn’t want to debate on her community’s television. If you have to hide, maybe your arguments are not that good,” he said.

However, regarding other parties, he states that there is no way they would make Pablo Iglesias (Podemos candidate) or Rocío Monasterio (Vox candidate) vice-president of the Community of Madrid.

The spokesman has been self-critical and said that “it has been catastrophic for us not to be able to communicate what was happening in the region”. In the government of Murcia, according to Ciudadanos, the Popular Party awarded fractional contracts of less than 5,000 euros up to one million euros, to three companies in the name of people who were related to each other.

They regret not having been able to make the public aware of the corruption within the Murcia government, which led them to propose the failed motion of censure. 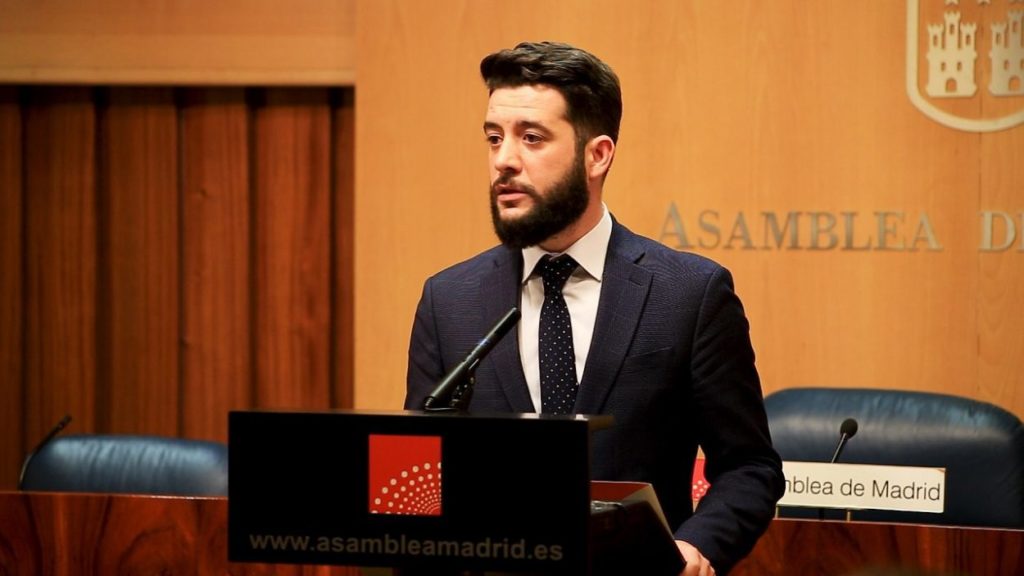