Interview with Borja Carabante, Councillor for the Environment and Mobility at the Madrid City Council

According to the councilor, citizens are already used to certain mobility restrictions and have taken it in their stride. However, the new by-law has not yet been fully implemented and will come into force in the coming months. For example, the Low Emission Zone in the ‘Plaza Elíptica’ area will come into force in December and other issues related to the central district.

Madrid 360 replaces the previous government’s regulation: Madrid Central, which was annulled by the courts due to formal defects. Carabante defends that the Climate Change Law obliges cities with more than 50,000 inhabitants to have low-emission zones. The councilor explains that they have tried to make the sustainability restrictions compatible with economic activity. ‘Madrid 360’ also incorporates measures on road safety, with the integration of new transport models such as scooters and bicycles.

Another measure that will come into force in the coming months will be the restriction of vehicles with an A label (prior to 2006 or 2000), but progressively until 2025 when they will be completely banned. In addition, according to the councilor, aid is already available for the renewal of these vehicles.

According to Carabante, Spain is the country with the highest age of the vehicle fleet, far from Europe. For the councilor, the problem is not the cars, but the emissions and the poor safety of old cars.

Support for the new law

The approval of this regulation was not easy as the Popular Party had to count on the votes of a split from the main opposition party: Más Madrid. According to Carabante, Vox (its main ally on the right) initially shared this policy of support for sustainability, but in the end they could not be convinced by the PP and had to seek other support.

On the other hand, this Thursday different projects will be presented to the European Next Generation funds. According to the councilor, there will be 43 projects worth 300 million euros on mobility, sustainability and technology. For example, funds are earmarked for the renewal of the Community’s bus fleet, the extension of cycle lanes – BiciMad – and the integration of different transport models.

The councilor affirms that important steps are being taken towards an ecological transition such as the pedestrianization of Sol, an icon of the city of Madrid. Furthermore, the commitment of the PP that Borja Carabante mentions is the commitment to improve air quality in all districts of Madrid. 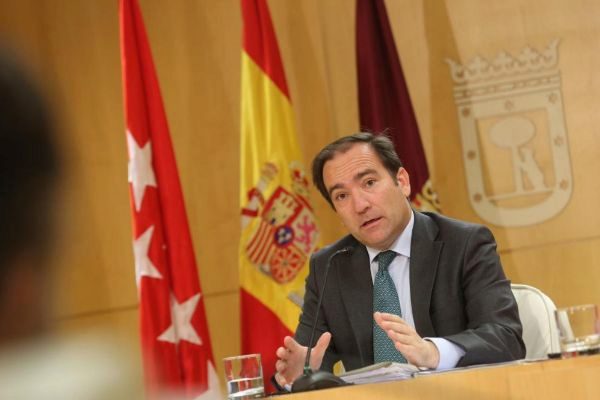